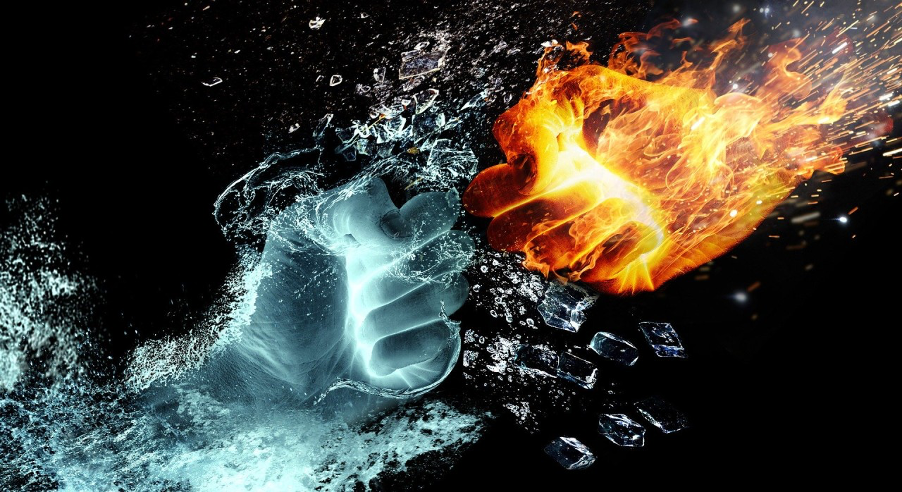 I have had the pleasure of recently reading the book ‘Daisy Jones & The Six’ by Taylor Jenkins Reid (a great read by the way). In it the two main characters Billy and Daisy don’t exactly see eye to eye but their very different styles result in amazing, albeit fictional, music. In this case fiction is most definitely as strange, if not less strange, than fact.

In my on-going creative leadership mission- listening to and learning one song from the top 1000 albums ever made (https://www.linkedin.com/pulse/what-listening-learning-some-top-1000-albums-taught-me-barry-winkless/) and (https://www.linkedin.com/pulse/working-from-home-now-your-time-become-genius-lessons-barry-winkless/) one of the key principles (out of 15) I have identified is ‘Friction Fantastic- use the power of arguments and artistic disagreements’. Some of the truly great albums have resulted from, shall we say, tempestuous relationships between key band members, differences in styles and the merging together of the best of diverse people, tracks & ideas. At this point I could talk about the obvious examples- like Paul McCartney and John Lennon’s increasingly testy relationship in the development of Abbey Road, but I’m not. Instead I’m going to focus on one fairly obvious one- Fleetwood Mac’s classic ‘Rumours’, and two not so obvious ones- The Sherman brothers Disney ‘Mary Poppins’ soundtrack, and XTC’s ‘Skylarking’ and speak about them through a set of practical strategies that can be used in life and in work to drive that creative spark.

Pair Up Introverted and Extroverted Approaches

Many know the great Disney movie, Mary Poppins. Many remember most of all the fantastic set of songs that drove the movie along (Supercalifragilisticexpialidocious anyone?). What most people don’t know is that it was a brother songwriting duo- Richard and Robert Sherman who wrote those great songs (they also wrote the fantastic songs fro Chitty Chitty Bang Bang aswell). It is safe to say the brothers are very different in their thinking styles. According to Richard Sherman in More Songwriters on Songwriting by Paul Zollo, ‘I am an extrovert, Bob’s an introvert. I’m very talky, Bob is monosyllabic. He’s a deep thinker’. You can really see this dynamic at work in a number of the songs in Mary Poppins- at surface level they are jaunty, sing-a-long tunes, but the lyrics and approach to wording are very thoughtful and deeper than at first glance.

The Lesson? If you are personally working on something get views or inputs from someone who is the opposite ‘vert’ or type to you. Track down videos, content and other inspirations from opposites to you, get over yourself and learn from them. If you are working on a team or a work based project think about the Introvert/Extrovert make up of the team. Learn how best to use the relative strengths of those preferences- build ‘Thinking’ and ‘Talking’ modes into your approach.

Look for A Theme to get the most from Differences

One of my favourite ‘lesser known’ classics is XTC’s ‘Skylarking’. XTC were an English rock band from Swindon who achieved only sporadic commercial success in the 70’s and 80’s. In recording Skylarking they were paired up with producer Todd Rundgren (who didn’t see eye to eye during the recording process with lead songwriter Andy Partridge). However it was Rundgren who came up with idea that the album ‘could be about a day, a year, or a lifetime. … there were songs that represented significant milestones along the way: birth, young love, family, labor, illness, death, sprinkled with moments of wonderment’. It is this theme that really makes the album feel like a cohesive whole (as well as the slightly psychedelic sonic landscape often credited to XTC’s experimentation in their side gig The Dukes of Stratosphear). I have often seen in my own experiences that having a key theme can really harness what I call ‘Enabled Creativity’ in developing strategies, brands, products or services where the theme isn’t a constraint it is actually an enabler for real idea generation.

The Lesson? Create a core Theme for your creative life, work efforts or projects. You might already have a number of elements that you have developed up and you need to stand above them to see if a theme emerges. Or if you don’t have any elements, create a theme first to guide your thinking. This approach will harness diversity in a group and will also enable useful friction but all under a thematic umbrella. If you are about to launch a series of initiatives or you already have a series of initiatives out in the ether- think about a theme that pulls them together. Themes help people to make sense of the world.

Themes help people to make sense of the world

Fleetwood Mac’s ‘Rumours’ doesn’t need much of an introduction. It has sold well over 40 million albums and sits at number 8 in the best selling albums of all time charts. Most people at this stage have read about the challenges of making the album as the two couples of the band (John and Christine McVie, Lindsey Buckingham & Stevie Nicks) were going through marital problems and break ups. A lot of the magic of that album was due very much to that friction but if we go a little deeper a lot of diversity came together to make this one a classic. For example Mick Fleetwood’s classic drum pattern on ‘Go Your Own Way’ came from his inability to replicate a pattern suggested by Buckingham that morphed into something else due, according to Fleetwood himself. to his Dyslexia. Both Nick’s and Buckingham styles were very diverse- Nick’s had a a tendency to play on softer, more fantasy based analogies and images, whilst Buckingham’s style was more toward a harder edge in terms of directness and language. One of the most iconic songs on the album ‘The Chain’ is really a merging of diversity- the coming together of a number of different and diverse songs (with McVie’s ‘Keep me there as the foundation stone).

The Lesson– Look for and harness all forms of diversity- even the less obvious forms. Truly understand the diversity collage from gender to neuro. Don’t be afraid to merge diverse elements or components of things- look for very different styles and elements and ‘Frankenstein Them’ together in different ways. Don’t be afraid to dust off old ideas, but focus on creating a whole, a ‘chain’.

Look for different styles and ‘Frankenstein Them’ together in different ways

Over to you- time to embrace diversity and discontent (but in a good way)!!